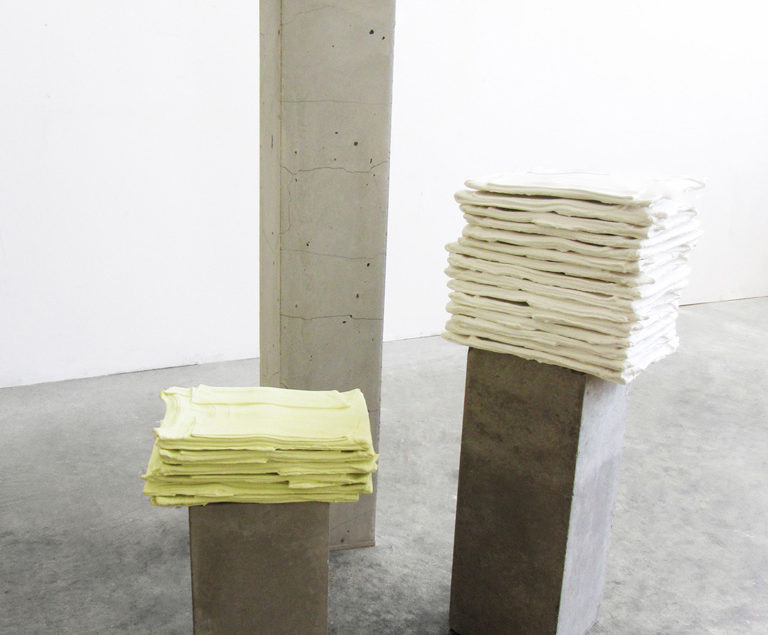 Continuing Erbacher’s fascination with space and its perpetual process in which it is constructed, negotiated, choreographed and un-made, System Failure adopts a fluid, non-hierarchical, an almost anti-system foundation as its starting premise. By embracing this incomplete conception of space first proposed by Deleuze and Guattari in A Thousand Plateaus, System Failure offers a snapshot of a ceaselessly shifting spatio-temporal constellation.

The artists presented each interrogate a spatial organizing principle (or the absence thereof) in their work. While Rowena Harris’ work investigates the intersection between virtual space and the material world, Ines Rebelo traces outer space onto a wall in the exhibition space traversed by the viewer. Rowena Hughes employs geometry and science in combination with found imagery to complicate our sense of spatial logic, whereas Sandra Erbacher examines the intersection of space with time as an organizing principle.  Jess Littlewood’s eerie landscapes are made up of appropriated images that offer complex imagined spaces of broken down hierarchies and utopian desires. At the centre of Eddie Villanueva’s practice, is an understanding of architectural space as an archaeological site, as a collection of surface layers and histories.

Formally, the featured works play with pattern, repetition, as well as contingency. Their arrangement in the context of this exhibition, however, ultimately de-stabilizes any linear structure or singular meaning and instead allows for multiple spatial narratives by activating the in-between. Thus, the dialogue opened up by these works equals a ‘system failure’, revealing space as an open, organic, and heterogeneous formation.

To view more images of the works and the private view please click here.