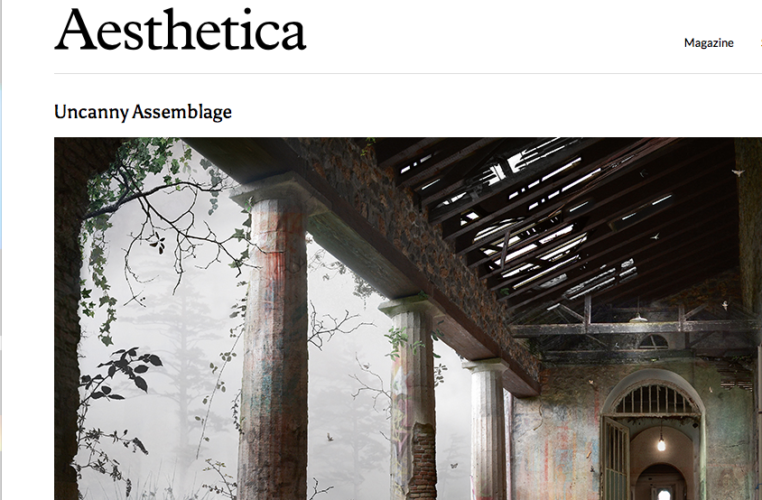 Suzanne Moxhay’s (b. 1976) work developed out of an interest in the constructed domain of film, where natural and artificial elements merge to immerse the viewer in a fictional world. Drawing from an archive of collected material that ranges from mid-century books to contemporary, found photographs, she creates narrative photomontages reminiscent of empty sets, uniting the exterior and the interior. Referencing pictorial and filmic conventions, Moxhay reveals the inherently unsettling elements of this appropriated imagery. Spaces that initially appear real begin to break down. The viewer is involved in the construction of these images, which play with anomalies of texture, surface and depth; and scale, movement and architecture. A technique of physical and digital photomontage informed by the early film-making technique of matte painting reprocesses these staged scenes, taking them further from their original context into an uncanny realm. www.suzannemoxhay.com.